Alcatraz Rugby Club is made up of five competitive teams (Junior, Under 14s, Under 18s, Female First XV, and Male First XV) with players who have been developed both in the crime prevention programs and the social reintegration programs of Proyecto Alcatraz.

The male first XV is five times winner of the Venezuelan Rugby League.

Arose in 2003 as part of Proyecto Alcatraz® and over  time  has evolved into a team made up for the most part by players from vulnerable sectors of society, from the School Rugby and community rugby programs as well as the Junior Rugby League that is also under the umbrella of the Santa Teresa Foundation.

Promote the practice of rugby among children and young people in the Revenga Municipality as a way to provide training in values and to prevent violence and delinquency.

Where does it take place

Two-time winners of the Tournament of the Andes

School rugby is a program of training in values through sport whose aim is to prevent violence and delinquency among children and young people in the Revenga municipality. The program is led by a group of coaches graduates of the same program, who also are part of Alcatraz Rugby Club.

The Santa Teresa Foundation school rugby program came in being in 2007 thanks to the initiative of Derwis Rebolledo, a young Proyecto Alcatraz participant, who saw the chance to keep children and young people in the community away from the world of violence and delinquency joining gangs through practicing rugby.

This initiative reaches out to children between the ages of 9 and 13 in schools in the José Rafael Revenga municipality.

In honor to its founder, a Rugby Tournament is held every year at which the children show off their skills and demonstrate the values they have learned in the weekly training sessions.

Where it takes place

This is a pedagogical approach that allows the practice of sport to serve as a means of tackling and reinforcing psycho-social elements relevant to the aim of contributing to a healthy individual and collective process of development for children and adolescents. The methodology includes:

Methodology of World Rugby aimed at promoting the sport worldwide.

The Santa Teresa Foundation coaches are trained in this method thanks to the partnership with the Venezuelan Rugby Federation. 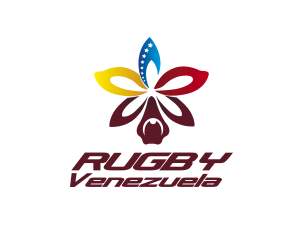 The Junior Rugby League is aimed at developing future talent in the discipline.

By way of  through a program that includes demanding physical training and rugby techniques, those best suited for this sport that have taken part on the School Rugby program, receive the necessary preparation that could lead them to entering the Rugby Academy of the Alcatraz Rugby Club.

The League was born in 2018 thanks to the efforts of José Arrieta, founder of Proyecto Alcatraz and Alcatraz Rugby Club coach whose plan it was to create a source of emerging talent for the team focusing on teaching technical abilities to players of the future.

Our league sets out to reinforce the values instilled through the School Rugby program not only as a way of preventing and eradicating violence but also as providing a positive lifestyle for those youngsters who practice the sport.

The initiative, aimed at children between the ages of 9 and 16, aims at promoting the development of sporting ability from an early age, thus increasing the chances of a player becoming part of one of the regular league teams and of the national tram at some point in the future.

Where it takes place

It is the Methodology of World Rugby to promote the sport worldwide. Has three main stages:

The Santa Teresa Foundation coaches are trained in this methodology thanks to our partnership with the Venezuelan Rugby Federation.

The Foundation describes the values of rugby as follows:

Is acceptance and understanding.

Is adhering to the norms and laws of the game.

We are committed to all the members of the team.

We play to win but not at any price because we play fair.

Indispensable to listen, learn, understand and influence our surroundings.

With the creation of the Proyecto Alcatraz, Rugby practices began in Revenga.

First appearance at the Santa Teresa Sevens. Inclusion of youths in vulnerable situations (not graduates of Proyecto Alcatraz) in the club.

Creation of Junior Rugby with children from Juan Moreno III and 5 de Julio, on the initiative of Derwis Rebolledo.

Trip to Argentina (San Miguel de Tucumán), with financial backing of the Ministry of the Interior and Justice.

Start of School Rugby with the participation of the UE Juan Uslar and the UER La Gruta with the financial backing of the Andean Development Corporation.

First School Rugby Tournament: the Derwis Rebolledo Cup. Start of community rugby financed by the Andean Development Corporation.
First participation in the International Fair of the Sun in Mérida, the second most important in the country.

Participation in the Rugby Festival for Peace in Apartadó in Colombia, financed by the Foreign Affairs Ministry of that country. Ramón Ruiz becomes the first senior player from Alcatraz RC to play for the national team.

National champions. Inclusion of the Get into Rugby methodology, along with SPD, for School Rugby.

Champions at the Los Andes International Tournament. Inclusion of youngsters between the ages of 13 and 16 to broaden the scope of the Junior Rugby League.