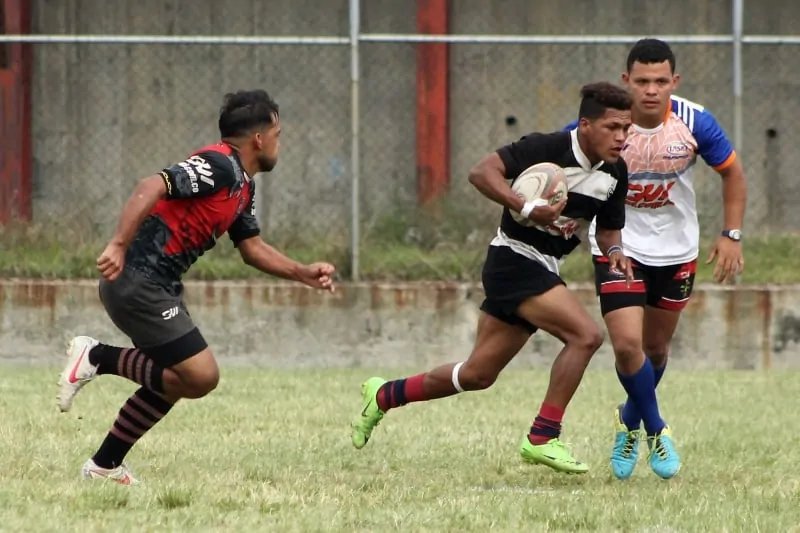 Posted at 16:09h in News by Fundación Santa Teresa

El Consejo, Municipio Revenga, febrero de 2020.-  For the second year in a row,  Alcatraz Rugby Club took the title at the Tournament of the Andes with a 14-8 victory over hosts Mérida RC in the final.

“Alcatraz Rugby Club represented in every phase of every  game and every try the inhabitants of Revenga Municipality who have found in rugby a tool for the transformation of their community and for the growth of their young”, said  Andrés Chumaceiro, the director of the Santa Teresa Foundation with reference to the team’s triumph.

The Araguan team looked determined to secure victory from the kick-off and, thanks to a converted try, led 7-3 at half time. In the second half, a change of tactics from Mérida helped them overturn the score to 8-7 in their favor but with a minute to go before the final whistle, Alcatraz wing Adrián Madriz, went over and his try was converted to make the final score 14-8 win.

Alcatraz secured their passage to the final after winning their three group games against Caballeros of Mérida (36 -10), Cobras R.C. from Colombia (28 – 17) and Cóndores from Zulia state (8-7).

The Tournament of the Andes, held annually as part of the Feria del Sol (the Fair of the Sun) in Mérida, is one of the most important rugby competitions in the country. This year it served as the run-up to the start of the National Club Championship.

Alcatraz Rugby Club is five times National League champion. The club, which runs five competitive teams: Junior, Under 14, Under 18, Women and Men’s Open, arose as part of the Proyecto Alcatraz®, a reintegration program for young people with behavioral problems through work, the practice of rugby and training in values. As time went on a team evolved comprising mostly of players who had come up through the school and community rugby programs as well as the Junior Rugby League.

All these initiatives are carried out by the Santa Teresa Foundation, the social wing of Ron Santa Teresa, the leading rum producer in Venezuela which since 2003 has promoted rugby as a sport to be played by children and youths in Revenga as a way to give training in values and prevent violence and delinquency. Its various programs benefit 2,000 children and youths in the area.