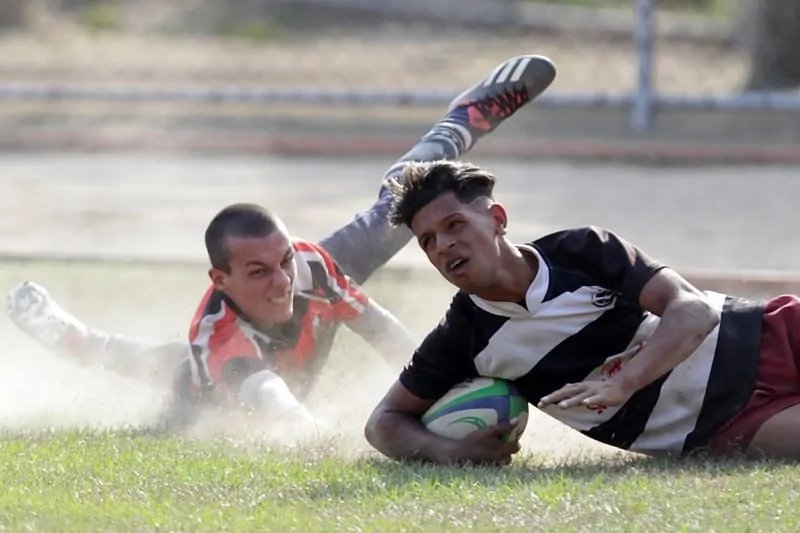 Posted at 09:46h in News by Fundación Santa Teresa

El Consejo, Municipio Revenga, March 2020.- Alcatraz Rugby Club made a perfect start to its Central League campaign with a crushing victory against CRUM by 68 points to 7 at the ground of the Metropolitan University.

“Alcatraz R.C. have made a great start to the season to inspire everyone in the Revenga Municipality and in that way continue changing the lives of many children and young people through the values the rugby brings, values which allow us to steer clear of the world of violence”, said Andrés Chumaceiro, Director of the Santa Teresa Foundation.

Both sides held their own for the  first 20 minutes of the game until Alcataz Rugby Club wing, Abraham Sena, found some space to open the scoring with an unconverted try. During the second half, the team from Aragua overpowered their opponents to run in 11 tries, 4 of which were converted to only one in reply, making the final score a resounding 68-7.

The Central League is part of the National League of Rugby Clubs and is made up of six teams that are based in Aragua State (Araguaney, Guerreros and Alcatraz), Miranda (CRUM) and the Capital District (UCV and UCAB). Saturday’s other game between UCV and Guerreros ended 48-12, while the final score in the game between Araguaney and UCAB was 39 – 38.

“Speaking for the Venezuelan Rugby Federation, we are delighted to be running the National Rugby 15 competitions. Several regions have begun to organize themselves and meet the necessary requirements to receive the endorsement  and support of the Federation which will allow them to complete steps towards the formation of the National Club Championship with all the teams in the country taking part.”, said Federation president Erickson Bermúdez.

Alcatraz Rugby Club, which runs five competitive teams: Junior, Under 14, Under 18, Women and Men’s Open, arose as part of the Proyecto Alcatraz®, a reintegration program for young people with behavioral problems through work, the practice of rugby and training in values. As time went on a team evolved comprising mostly of players who had come up through the school and community rugby programs as well as the Junior Rugby League.

All these initiatives are carried out by the Santa Teresa Foundation, the social wing of Ron Santa Teresa, the leading rum producer in Venezuela which since 2003 has promoted rugby as a sport to be played by children and youths in Revenga as a way to give training in values and prevent violence and delinquency. Its various programs benefit 2,000 children and youths in the area.